“I wanted to have Elder Joseph as my Elder and guide, even though I was older. He had brains; I didn’t. He had  theoria and was knowledgeable, whereas I had Praxis. Once upon a time people want to cross the river. One was blind and the other was lame. The blind man carried on his shoulders the lame person who could see, and that is how they managed to cross the river. Elder Joseph had his spiritual eyes open, but he lacked the physical strength I had. I had Praxis – I had legs – but I lacked spiritual eyesight; I was not watchful. I took him on my back and we proceeded. He led me, and we passed the river of this present life.”
(Elder Arsenios  his relationship with Elder Joseph the Hesychast)
~My Elder Joseph 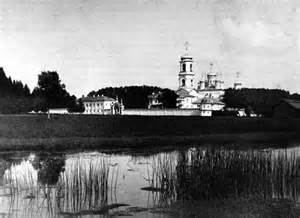