“We observed that the elder never embarked on anything without first praying we would ask him about something in the future are the next day and his reply was that he would tell us tomorrow he would do this so that he could pray first. Our desire focused on knowledge of the divine will: how should one recognize the divine will?…The divine will is not differentiated only by time but also by place, persons and things, as also by quantity manner and circumstance. And is that all? Man himself he changes his disposition also changes the divine decision in many ways. So it is not enough to know the general expression of the divine will; when needs to know the specific verdict on the subject in question whether yes or no and only does his success assured the chief aim of the divine will is the expression and manifestation of divine love because a driving force of all our actions is precisely the fullness of His love.”
Elder Joseph of Vatopedi on Elder Joseph
Elder Joseph
~Elder Joseph the Hesychast

“That’s why be careful as much as you can’t of disobedience, condemnation, pride, jealousy, over-eating and from whatever gives authority to the devil but also from slackness. It’s time to wake up? They don’t turn from side to side yawning. Don’t wake up like you are worn out. Monastic life requires vitality. We either live or die. Have you woken up? Get up, do your cross and say immediately “Lord Jesus Christ have mercy on me.””
Elder Arsenios
~Elder Arsenios the Cave-Dweller

“When we set ourselves apart from others we are not Christians. We are true Christians when we have a profound sense that we are members of the mystical body of Christ, of the Church in an unbroken relationship of love when we have lived united in Christ, that is, when we experience unity in His Church with a sense of oneness. This is why Christ prays to His father saying that they may be one. He repeats the prayer again and again and the apostles emphasize it everywhere. This is the most profound aspect, the exalted meaning of the Church. This is where the secret is to be found: for all to be united as one person in God. There is no other religion like this; no other religion says anything of this sort. They have something to say but not this mystery, this exquisite point of the mystery which Christ demands and tells us that this is how we must become, that He wants us to be His.”
Elder Porphyrios
~Wounded by Love

“All temptations and afflictions require patients to be overcome and this constitutes their defeat. Note the names of all those who have endured until death during temptations, whose saliva becomes blood in their mouth so that they would not speak. You should have great reverence for them and honor them as marketers and confessors. These are the people I love and regard with affection and for them I should shed my last drop of blood in Christ’s love every day because you see that such a person prefers to endure thousands of deaths rather than to let a harsh word slip out of his mouth. And when people oppress him, but also of justice oppress him, when internal thoughts also oppress him, he fights back but becomes weak and collapses as if he were dead. If he still fights no ethically with temptation and takes all the burdens upon himself, aching & as if he were at fault. So nothing greater do I love and desire to hear that you are being patient in your temptations.”
Elder Joseph
~Monastic Wisdom  (*today, August 15, marks the 55th year from the Elder’s falling asleep)

“Some pious man from Rudnik came among you. He started telling people strange words about God’s mercy and persistence of sinners. Tears rolled down his cheeks as he spoke how people have become hardened and blinded and how they do not see how great God’s mercy is toward the sinful world. Some people asked him one sort of question, some another, but you just looked at him. He looked at his face could not get enough of that site. You saw some mystical glow in his face…so glorious and attractive are the faces of the righteous.”
St. Nikolai Velimirovich
Missionary Letters #3

“We should regard Christ as our friend. He is our friend. He asserts that this Himself when He says you are my friends\’85 Let a stretch out to him and approach Him as a friend. Do we fall? Do we send? With familiarity, love and trust let us run to Him \endash not with fear that He will punish us, but with the confidence which we derive from the sense of being with a friend. We can say to him “I have fallen, forgive me.” At the same time however, that is have the sense that He loves us and that He receives us with tenderness and love and forgives us. Don’t let send separate us from Christ. When we believe that He loves us and we love Him, we don’t feel strangers and distanced from Him even when we sin. We have secured His love and however we behave we know that He loves us.”
Elder Porphyrios
~Wounded by Love

“Love our Jesus and worship only Him in your life. May Jesus be the spiritual delight of your heart. Never exchanged this holy love for deceitful worldly pleasures no matter how hard the vein world tries to force you. Become a disciple of Jesus like another myrrh-bearer offering as a precious myrrh your virginal purity to your teacher. All earthly things pass like a dream and nothing in this world remain stable and unchangeable. So then why should we love transitory and ephemeral things instead of the eternal and everlasting ones?”
Elder Ephraim
~Counsels from the Holy Mountain

“Lucifer disobeyed God. He proudly fantasized about equality with God and God sent him far from Himself and he became the devil who fights against us. The other ranks of the Angels remain loyal and obedient to God and still remain in the presence of His glory. Though they used to be Angels changeable by nature they became incapable of falling by grace for they learned so much from the falls of Lucifer and man that now they are unshakable in their ability and to God.”
Elder Ephraim
~Counsels from the Holy Mountain 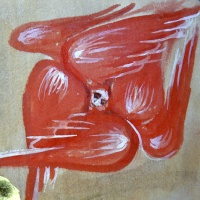 “Brethren, our faith is tried more often than a reed is rocked by the winds. Trials are like the winds: they will uproot a weak faith, but a strong faith will be strengthened even more. Trials are also like the flame in which straw is burned and gold is purified….Our faith is further tried by suffering and misery. This is the fire in which our faith is either burned like straw or tempered like pure gold. Our faith will survive these trials if we remember Christ crucified on the Cross for us, and the many thousands of martyrs for the Faith, who by endurance conquered all, emerging from the flames like gold, and continuing to shine down through the centuries among the angels and among men.”
St. Nikolai Velimirovich
~The Prologue

“When we consider that the most wrongly accused is Christ, we would receive injustice with joy. Though He was God, He came down to earth out of great love and was enclosed in the womb of the Panagia for nine months. Then, for thirty years He lived quietly. From fifteen to thirty He worked as a carpenter for the Jews…Then later, three years of hassle…This is why those who have been wrongly accused have within their hearts the wrongly accused Christ, and rejoice in exile and in prison as if they are in Paradise, because wherever Christ is, there is Paradise.”
Elder Paisios
~Elder Paisios the Athonite 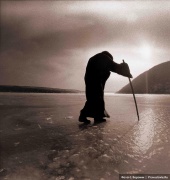